Clothing brands are constantly trying to innovate and find new ways of offering their products to customers. While the collective efforts of these brands have accelerated the fashion industry considerably, there are growing concerns regarding the environmental responsibilities of the industry in general. In a bid to address the environmental impact of the industry, clothing brands from all across the world are conducting research and developing new and environmentally friendly ways of procuring materials, producing the products, and final delivery of the apparel.

A lot of clothes contain plastic materials, some blatantly obvious, like buttons, some more discreet, such as weaves and seams. The presence of plastics make these clothing items a threat to the environment, as they are not biodegradable, and after the life cycle of the product, they pollute the environment. Similarly, a lot of resources like water and raw materials are used extraneously, leading to wastages. After manufacturing, waste generation occurs, which can potentially be minimized, and waste disposal methods, which could be improved.

Today, we look at some clothing brands who have taken significant strides in making their products less harsh on the environment. The brands mentioned below are all present in the catalogue of Indian online retail giants Myntra.

Myntra’s very own brand, Roadster, has positioned themselves as catering to adventurous, outdoorsy people who need rough and tough clothes which can stand the wilderness. Being so intuitively connected to nature, it’s only expected that the brand has been taking active steps to make their products more environmentally friendly. Their latest line, labelled Greenturn, exhibits a wide range of clothes that were manufactured using fewer resources and designed to be biodegradable after their life cycle. What’s more, even their packaging is green – their bags can be planted in the soil and contains seeds which sprout plants.

Bamboo is a widely utilized natural resources. They find their use in many different industries today. With Bamboo Tribe, they are now being used to make clothes. According to them, clothes made out of bamboo fiber are softer than those made out of Pima or Egyptian cotton. Production of bamboo fabric lays less stress on the environment – in terms of growth, harvesting and manufacturing. The fabric boasts medicinal values as well, is suitable for different weather conditions and activities, and does not carry exorbitant price tags like most other novelty goods.

Adidas is one of the biggest worldwide sporting companies, and they are considered trendsetters by individuals and organizations alike. In their latest environmentally sensitive campaign, Parley, they are designing sportswear products made out of recycled plastic found as waste debris in oceans. This is to raise awareness of the rising levels of filth and trash contaminating the oceans nowadays, and to bid everyone to think about the ramifications of this relentless polluting, and ultimately refrain from doing it any further. Most notably, Adidas have launched a sports shoe line under Parley, and designed the third kit of the biggest professional football club in the world, Real Madrid, out of recycled ocean-plastic.

Monsoon is one of the most anticipated seasons in our country, and that’s not just owing to the agrarian majority. People in India love the monsoon, and they might complain when their freshly washed clothes get drenched or their streets are waterlogged, but very few things match the smell of rain as it hits the earth, or the feeling when a thousand cold icicles or rain crashes into your tired and exhausted body so eager for rejuvenation? Monsoons are iconic in India, but it does pose some problems for all you fashionistas. Don’t worry, though, because Myntra has you covered with an assortment of amazing items to help you through the monsoon. Here is a comprehensive list and guide designed to help you enjoy the Indian monsoons to the fullest without having to make any extra compromises! 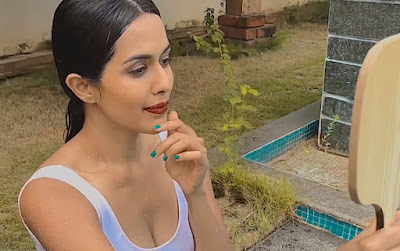 Water proof Make Up is one of the fastest spreading technologies in cosmetics, and you get access the top brands developing water resistant make up on Myntra. Water resistant also comes in handy in the monsoons when it’s not raining. How? Well, humidity induced sweat is another great enemy of runny make up, and hence, it makes sense that you equip yourself with water proof make up for this reason as well.

When it’s pouring, most of us like to keep our phones and wrist watches safe inside our bags. This is sometimes cumbersome since we might need to check the time, call and message notifications and reminders. Thankfully, from under the very roof of Myntra’s Innovation Labs, comes the multi-faceted Blink Go, which can serve all these functions for you – in the rain. The Blink Go has several other features, such as heart rate monitoring, activity tracking, sleep data analysis, calorie calculator, and fitness goals. This smart device also has a special SOS ability accessible through the app which connects it to your mobile phone, which allows you to send out your precise location and a SOS message to your emergency contacts at the push of a button. 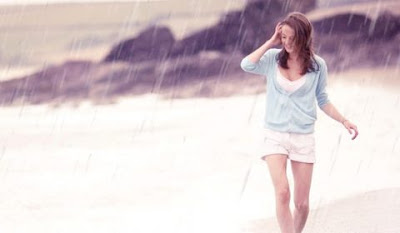 The incessant rain can get on your nerves after a while, and irrespective of how much you like the rains, it becomes an inconvenience during those 2-3 day periods when it just doesn’t stop raining. Well, umbrellas are an option, but that means you have one less hand free, and if the rain becomes torrential, and mother nature decides there is no space for mercy, your umbrella can be broken or severely damaged. To find a way around this predicament, check out some exciting new rain jackets from Myntra. Not only do they provide you with all round protection from the rain, they also look fashionable with their numerous prints and patterns. 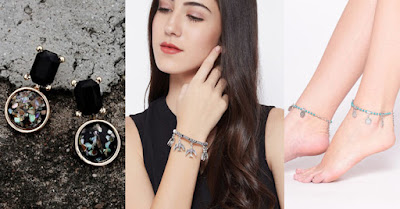 Monsoon Jewellery is indispensable to the modern fashionista. After all, what better season to rock those aqua earrings or that lapis neckpiece? A combination of the right kind of monsoon accessories with shades of blue is the way to go this monsoon.

Source: https://www.idleexperts.com/article/180828100323/52/Make-Your-Monsoons-Fashionable-With-These-Products-From-Myntra.html
Posted by Unknown at 00:54 No comments:

Over the course of our country’s history, films and fashion have been closely intertwined. Especially since the 1970’s films and film stars played a huge role in influencing the fashion of the day. Everything that shone on the silver screen, from haircuts to shoes, and everything in between, had a huge impact on the choices of people. Some notable motifs that were popularized mainly because of the popularity of the actors that donned them are bangs, puffed up buns, bell bottoms, hairbands, baggy jeans, intricately embroidered sarees, kurta-churidaar combos, and oversized jackets. This monopolization of influence can probably be accredited to the lack of external influences to liberate and inspire the masses, and stringent societal laws that are predominantly restrictive and inhibitive.

Today, however, with unbridled access to the internet, it has become infinitely easier for an individual to, broadly, make independent and empowered choices, and more exactly, choose their fashion icons for themselves. Today, there are a number of campaigns, organized movements and awareness programs that are getting a lot of relevance thanks to social media. This is not to say that the struggle against restrictive clothing in which comfort was the second priority did not exist, they did, but they did not have the kind of following and support it does to day due to the internet.
Let’s take a look at some such fashion movements that are taking place in our country right now: 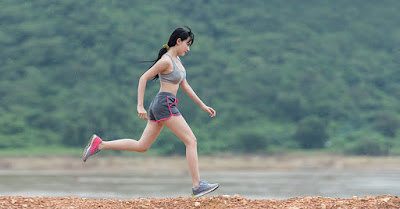 Staying fit is one of the highest priorities for millennials, and to do so in style adds just a little more fun to it. However, most women in our country don’t feel free wearing clothes meant for exercising fearing stigma, unwanted attention and a host of other problems. To counter this, women from the Delhi NCR region have launched a movement on social media with the hashtag, ‘SportsBraRunSquad’, aimed at generating solidarity among women and forming groups to ensure safety while exercising in sports clothes. 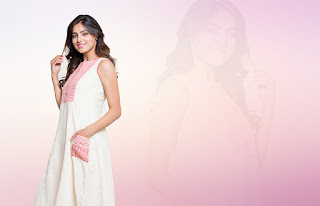 Strangely, pockets have been missing from female garments for a long time. We are all aware of how important pockets are, for keys, cards, mobile phones and so much more. Even until a few years ago, the only access women had to pockets were in the form of denims. Today, the importance of pockets are being recognized again, and a large number of clothes manufacturers are incorporating pockets in kurtis, dresses, and skirts too.

The End of Assigning Color to Genders

When we were young and were made to visit newborns of our relatives and family friends, the way to identify the gender of the baby was by checking the nursery walls for pink or blue. With social conditioning such as this from an early age, it’s no wonder how many people still subscribe to these assigned colors. However, a stark rise in fuchsia, pink and peach clothing for men has seen unnecessary and crippling stereotypes such as this put to an end. Why deny men the opportunity to wear these beautiful bright colours?

Source: https://articles.abilogic.com/298465/fashion-21st-century-breaking-age.html
Posted by Unknown at 00:31 No comments: